Dayenu — The Present is Enough 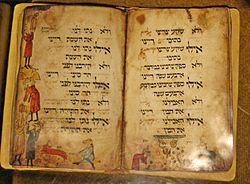 I recently received a message from my computer, which can be very courteous if it is in a good mood, alerting me that memory was almost full. Any one of your external brains may signal you about reaching critical capacity—too many photos, texts, emails etc.

Can you imagine if you periodically received a message from your brain that it was time to clear out some files to make room for new information? The brain, according to the most recent understanding in Neuroscience, is constantly organizing and updating the content of memory and at times politely asks: “Do you want to replace the existing file with the new version?”

This morning I was looking up the etymology of the word “enough” which I should have already known from my smattering of Yiddish words that it was connected to the German word: “genug.” How many times had I heard my grandparents and parents say that word in the appropriate context of “genug-enough (already)”? I closed my eyes and tried to retrieve the file “genug” wondering if it was under Yiddish words, Behavior deemed inappropriate by my elders or the larger folder of Childhood memories.

I don’t mean to imply that the filing system of the brain is as discrete as files in a cabinet or in your document folder. The brain, as Neuroscientists are also discovering, is a far more complex system of interconnections, perhaps more like a cross referencing library.

Why was I looking up the etymology of the word enough? For those familiar with the Passover Seder song: Dayenu—it is the song whose refrain means enough or more broadly, it would have been enough. It is a song of gratitude for all the steps of freedom that are part of the exodus story. Year in and year out (as revealed by the editor) the Intermountain Jewish News reprints an essay on the Dayenu song by Rabbi Hillel Goldberg. This is the first time I recall reading it (though I have a vague sense it is filed under Needs a response). Rabbi Goldberg’s main point is that the Dayenu song guides us to be present in the moment—each moment of the exodus from Egypt, every experience, he explains was “utterly full”—the present moment filled them completely. Rabbi Goldberg uses the theme of Dayenu to clarify a very important aspect of being present—not being focused on what comes next, as he writes: “No future moment entered the freed slave’s consciousness.”

Passover indeed is understood in Kabbalah as the holiday that asks us to reflect on our relationship with time—to become “masters” of time and not slaves to time. Rabbi Goldberg has eloquently focused on a part of the equation—to be present means to savor the present without thinking about the next bite. The other part of the equation and of equal importance is our relationship with the past. Regarding the past, Rabbi Goldberg follows in the footsteps of many before him by distinguishing that Passover is not a celebration of the past, rather, “it is a reliving of the past, a moment of re-experience.” He takes the teaching literally that one should imagine oneself on Passover as if he is “reliving being enslaved, then reliving being liberated; as if he personally has gone out of Egypt and he is living through all the events of that era.”

On this point I respectfully take a different view: Our dance with the past cannot be as he suggests, nor would we want it to be as he suggests. In order to be present we not only need to be in this moment we cannot feign the experience of others, we cannot re-live another’s experience.

In our own day many have taken a pilgrimage to Auschwitz and other death camps which may engender a profound empathy and even a communion with the suffering and anguish of those brutalized and murdered there. To suggest that anyone, other than a survivor herself could “re-live” the experience is at best a naïve proposition; it also leads one into a relationship with the past that is problematic with being present.

The Kabbalists therefore preferred the notion that we are not re-living the experience, we are applying the experience (of others) be they freed slaves thousands of years ago or those liberated from the death camps of the last and our present century. We therefore ask ourselves to examine what enslaves us now and begin to meditate on how we can liberate ourselves from that enslavement. A Kabbalist alters the reading of the well-known phrase in Hebrew to mean that we take the opportunity to see ourselves as leaving (our) Egypt rather than as leaving that Egypt (for those who know Hebrew: Read it Yozeh—present tense, rather than Yatza-past tense).

Egypt then becomes a relevant metaphor for every generation and in every generation (and for every individual) it will mean something different. We must avoid the temptation to reprint and have the courage to push the refresh button—otherwise we can and will get stuck not only in the past, but in a past that is not even our own.

PrevPreviousWishes for a Meaningful Pass Over
NextThe Depth of ForgivenessNext