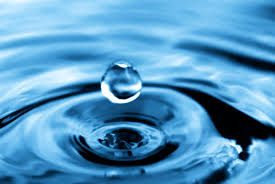 “Let the past year and its cursed images end.” Is this prayer a naïve hope? Did we think that when we said this prayer on Rosh Hashanah, reflecting on the disturbing images of so much suffering this past year that this year would be different? Was it our intention that this year would bring us only images of compassion, blessings and solidarity? The cursed images have continued, almost seamlessly, from this past year: another beheading (British aid worker Alan Henning), mass graves of student protesters murdered by police in Mexico and the sick and dying from an ever worsening Ebola epidemic.

What then can we hope for? I suggested last week that we need to promote images of generosity, of caring and compassion and of acceptance of others. While there is so much hatred and violence being perpetrated, there is so much good being committed.

Knowing full well that the cursed images will continue, so we will see more of them the hope then is not, at this moment, for their cessation, rather for the outcry against these cursed acts. This coming Monday is Blue Monday on the Emory Campus in Atlanta. It will be a hopeful image.

To the Emory Community:

It saddens me to report that the Alpha Epsilon Pi fraternity house, an historically Jewish fraternity here at Emory, was the target of crude, offensive graffiti, including swastikas, early Sunday morning, October 5, shortly after the end of the observance of Yom Kippur.

On behalf of our community, I denounce this abhorrent act. It is an offense against a Jewish fraternity and the Jewish members of our community, and it is a repugnant, flagrant emblem of anti-Semitism. It is also an offense against the entire university. Among the many pernicious things the swastika symbolizes, in the last century it represented the most egregious and determined undermining of intellectual freedom and truth-seeking. In short, its appearance on our campus is an attack against everything for which Emory stands.

Emory University will not tolerate such acts. Instead we must together pledge Emory University’s continuing commitment to raise awareness and prevent all forms of violence and discrimination; to foster openness and diversity of thought, experience, spirituality, and culture; and to seek positive transformation in our community and the world. We all have a responsibility to uphold the principles we hold dear as an academic community, and to create a community that is inclusive, open, respectful, and welcoming to all.

The Student Government Association Executive Board condemns the reprehensible act of bigotry carried out against the Alpha Epsilon Pi fraternity, the Jewish community, and the entire Emory community. The individuals responsible have sickened us.

Emory students engage in conversations about our differences. In our classrooms, social clubs, athletic teams, and student organizations, we affirm each other’s identities. In everything we do, we strive for courageous inquiry. Used in this way, the swastika represents the systematic silencing and murder of human beings because of their identities. In this context, there is nothing courageous about a swastika.

We are committed to making sure that this moment of anger is a springboard for action, and that all people and all communities at Emory feel supported and safe on our campus.

We invite you to wear blue on Monday in support of Emory’s Jewish community and the rights of all people to live freely and safely.

An image in blue. That is not a naïve hope. Please join me in wearing blue this Monday.