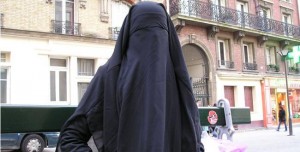 “There had to be a stopping place,” she said, “and this seemed to be the place for me to stop being pushed around. I had decided that I would have to know once and for all what rights I had as a human being and a citizen, even in Montgomery, Alabama.”

For Rosa Parks it took twelve years to find her stopping place on Cleveland Avenue bus #2857. Against Montgomery City ordinance she had boarded the front of the bus in 1943 and was escorted off by the driver and told to re-enter the bus from the back door. As she exited, the driver waited a moment and then drove off, leaving her in the exhaust of the bus and a soaking rain. On December 1, 1955 she boarded the bus (fate had it that it was the same bus driver) this time from the rear door, but moved up to sit in the white designated area. The rest is history.

Almost 60 years later Elana Sztokman boarded an El Al plane to find that she had taken the “wrong” seat. A Haredi (which means “God fearing”) Orthodox Jewish man was assigned the seat next to her. What ensued was not unfamiliar to Elana or any passenger on an El Al flight. The man either wanted her to relocate or to find another seat for himself. Sitting next to a woman was against his religious sensibilities. He was finally able to switch but causing a delay in takeoff of the flight from New York to Tel Aviv.

It is likely that this story would have gone the way of a common, recurring event—it happens on almost every El Al flight—except that Elana was returning to Israel following a U.S. book tour. The title of her new book: The War on Women in Israel: A Story of Religious Radicalism and the Women Fighting for Freedom.

Here is her blog report of the incident:

“The plane took off 20 minutes late because an ultra-Orthodox man was negotiating with passengers so as not to have to sit next to a woman—me—on the 11-hour flight. I asked myself if this was karma or poetic justice. After all, I had just spoken to hundreds of people about exactly these issues and the way women are made to feel like second-class citizens as a result. Part of me wanted to smile and hand out copies of my book. But I sat there silently for a long time, watching all this happen, witnessing all these men around me talking about me, without looking directly at me. I sat there, torn between my desire not to make a scene and my feeling that if I don’t articulate, right here and now, how all this affects women, how this affects me, who will?”

Elana did speak up. She spoke to the man about her feeling insulted by his action. Her words though were met with apparently deaf ears as she heard him say under his breath, “She doesn’t understand.” Elana fought back and said to him, “I understand everything, and don’t talk to me as if I’m not here.” She reports: “He ignored me, and all the other men turned their backs and did not respond or even look at me.”

Rosa Parks did not cry when the Montgomery police came aboard and arrested her. Those tears had long before been dried up by the soaking rain and bus exhaust. On returning to her seat, Elana burst into tears. She does not explain why she cried but implies that it was a response to sitting for a half hour “absorbing the insult.”

Of course, Elana is talking to herself as well. What has not occurred to Elana is the stopping place inside her. Rosa Parks knew with every fiber in her that she was an equal. If she had sat in the designated white section of the bus and all that happened was that a white man refused to sit next to her she would have felt vindicated. She would still have found her stopping place. It would now be up to that white man to find his. Elana and all of us must remember those words of Dr. Martin Luther King: “A man can’t ride your back unless it is bent.”

A final word to Elana: “You stayed in your seat. It is his choice to move. That is your stopping place.”

P.S. On the issue of delaying a flight for the sake of a man relocating so as not to sit next to a woman others have suggested creating a separate men only section on El Al flights. The Israeli Supreme court already has ruled that such segregated sections are unconstitutional on public buses in Israel. I would suggest that Haredi men wear blinders or dark sunglasses and if that is not sufficient create a male version of the burka.

We were also strangers.

by Melanie Gruenwald Transformative Kabbalah reminds us to pay attention to seen and unseen reality- to connect the finite to the infinite, and recognize how they are each held in the other. In our Soul