The Darkness of Male Supremacy 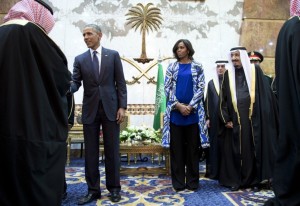 In 1947, amidst the struggles of the birth of the State of Israel a young Bedouin shepherd boy stumbled across a half-dozen or more clay jars secreted in a cave in the area of Qumran. His findings, which he sold for less than $50, are the priceless Dead Sea Scrolls, a collection of mostly Hebrew manuscripts argued to belong to the Essene community, religious Jewish separatists in the last centuries of Jewish dominion of the Land of Israel before the Common Era. One of these manuscripts from antiquity is a lengthy scroll fragment describing a battle between the Sons of Light and the Sons of Darkness.

I first became acquainted with this scroll back in the late 1970’s when I was enrolled in graduate studies and was privileged to study it with Professor Sid Z. Leiman. We were all young twenty year olds trying to decipher the words that were written and missing in the text and then to consider their meaning. Was this a narrative of an actual conflict, projection of an apocalyptic war or a metaphor of the author’s sensitivity to the never ending spiritual-cosmic collision of light and darkness; a battle of ideas and ideology.

To be a Kabbalist is to observe closely the parallel developments of light and darkness, to see clearly what is the underlying thought and ideology that promotes one view and, in contrast, another view.

I have written before about Heterosexism and its relation to patriarchy—and would now like to extend those thoughts to a broader understanding of what is transpiring in our world regarding light and darkness. It can be summarized in two words: Male Supremacy. I know I am way behind those who have made these links before but all I am about to write about is culled from observing what is going on in the battle between the daughters and sons of light and the sons of darkness.

Let us start with Mother Earth. She is dying. This is not a natural death—it is a slow form of matricide. We have enslaved and continuously raped her; and now, as she convulses under our indiscriminate disregard; she that sustains us, she that is our home, she that gives birth to vegetation, to trees, to flowers, is in the throes of a death spiral. It is a form of subjugation perpetrated by a mythology of male supremacy (perpetrated by both men and women) that purports that God is male, that God has granted the dominion of the male over the female and the dominion of man over nature.

There are those who are yet unable to recognize the folly of such supremacist ideology—whether it is perpetrated against Mother Nature’s ecosystem or against mothers and daughters. Religious fundamentalism continues to promote and idealize the subjugation of the feminine—the indiscriminate disregard for the sanctity and honor of the feminine and its heinous escalation manifesting in brutality and force against women.

Writing on Tony Blair’s Faith Foundation, Ed Husain draws our attention to the underlying issue of atrocities perpetrated against women in Muslim societies. “These atrocities,” he states, “are mere symptoms of a deeper problem: fear of female freedom. From Turkey to Indonesia there is a civil war of ideas happening within Islam and the role for women in society is at the crux of it.”

Mr. Husain is outraged by the stoning of women in Raqqa, Syria by the order of the Islamic Caliphate for their “sexual promiscuity” (a bride was found not to be a virgin, another woman was sentenced to death for an extramarital affair). “Nothing hits me deeper in the gut,” writes Mr. Husain, a Muslim and a father of two daughters, “than seeing a defenseless woman being attacked by a mob.”

The daughters and son of light have much to fight for and fight against. There is hope though as we begin to see changes within religious institutions. Markers of this hope are seen in general society by women taking their deserved positions of leadership, of access to professions and work, and for equality of pay and in religious circles, through women being ordained or rising to other leadership roles, and in policy (rule) changes regarding women’s freedom of choice.

There is a vision espoused in Kabbalah that the coming of a new consciousness is predicated on the recognition of the equality of the feminine and masculine—male and female—women and men. May that light shine forth not only from the face of the moon, but be championed by all those who are now ready to let go of the ideology of male supremacy.

P.S.
“ Make no mistake” reads the headline in the Washington Post, “Michelle Obama just made a bold political statement.” I n a country with a very strict dress code for women (face and hair covered, and long, flowing robes) who are not allowed to drive and who live under a system of male guardianship, Michelle Obama went with a flowing blue top, black pants and no head covering.