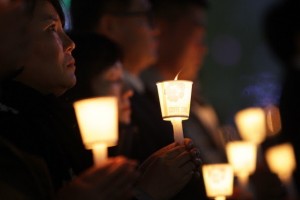 Dayenu, the popular Passover song’s theme is about gratitude—“if only this then that would be dayenu (enough).

The earliest Passover memory I have is of my Uncle Pesach (that was his name) discovering the Afikomen (matzah that is hidden) by stepping on it. My guess is that whoever hurriedly hid it had not anticipated that it would fall to the ground—a crunch away from being easily discovered. My family left Atlantic City, New Jersey, my birthplace, when I was 5 years old—so this memory is no later than age 5, but likely a year or two before that. I also recall his wife doing a few paint by number illustrations with colored pencils that were so vivid they seemed alive to me.

Some of my most fun memories of Passover are about the hidden Afikomen. The tradition of hiding a piece of matzah—to be discovered and then eaten as a final “taste” of the Passover Seder rituals is explained as an enticement to keep the children awake—nothing like a game of hide and seek to keep them engaged. I don’t know how prevalent this custom is, but another draw of the Afikomen was the prize to be received for finding it. In my family it became competitive—the child who found it was rewarded with a special gift (beyond accolades of being the best finder). The rules evolved over the years as the six Sanders’ siblings grew older.

One Passover on my return home from graduate school, the tradition was in full swing with my next younger brother proclaiming that he would find the Afikomen without leaving the table! He was convinced that he could determine where my father had hid it simply by the strength of logic. The twist that year was that I rose out of my chair to confirm whether my brother had surmised correctly and placing my hand in the concave of a rafter felt the matzah in the exact spot he had predicted. I looked straight into my brother’s eyes and, despite my own amazement that my brother had discerned, through his own logic, exactly where my father had hidden the Afikomen, I let him know that he had miscalculated—the matzah that my hand was indeed resting upon, I told him, was not there. I was convincing enough that my father, who had placed the Afikomen there not 10 minutes before, wondered if someone had already found it and moved it. I just waited patiently for a moment of distraction, lifted the carefully placed matzah from its perch in the rafter and relocated it. At that point the Afikomen was no longer where it had been hidden and where my brother had pinpointed as its hiding place.

Two tragic crashes (one known and the other presumed) and a mudslide have been the focus of headline news—the earlier tragedy, the disappearance of Malaysian flight 370, the more recent tragedy, the sinking of a South Korean ferry where the death toll will rise to over 300 and the mudslide in Oregon that took the lives of 41 people in Washington State. The common denominator for the families and friends of those aboard the plane and ship and those in the path of the mudslide is the interminable wait to get closure on those missing. In the case of the airline, bodies may never be found, for the families of those on the ferry, mostly parents and siblings of the many high school students aboard, it has been an agonizing week of waiting and then identifying their loves ones. As each of these stories unfold it is clear that people hold onto to hope—perhaps their loved one is somehow alive. When a body is identified it provides closure, and a shutting down of hope.

I wish I could look into the eyes of those parents and spouses and children and siblings and let them know that it is all a miscalculation. Sadly it is not. There is nowhere to relocate the hidden grief that is there—to find another hiding place for the Afikomen. The taste that is left is the taste of life severed from its connection to the hope for life, for a future.

A boy and girl trapped in the sinking South Korean ferry tied their life jacket cords together, a diver who recovered their bodies said, presumably so they wouldn’t float apart.

The diver said he had to separate the two because he could not carry two corpses up to the surface at the same time. “I started to cry thinking that they didn’t want to leave each other.”