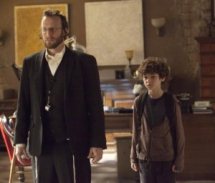 My understanding of autism is very limited—I have treated (early in my training) only a handful of children who were diagnosed with autism—now called autistic spectrum or neurodiverse. I have had the fortune of learning, a bit vicariously, about autism and neurodiversity this past year.

One area of learning has been around our capacity for empathy. Thirty years ago when I worked with children diagnosed as autistic the understanding was that in addition to extreme sensitivity to sensory stimulation, autistic children were “out of touch.” They could not connect to others, would not want physical connection and could not develop empathy.  Empathy though comes in different forms and in the worlds (and words) of those called autistic, empathy can extend to a deep connection with animals, plants and what we call inanimate objects.

Tito Rajarshi Mukhopadhyay is what the medical community would describe as autistic. Tito is the author of three books: The Mind Tree, The Gold of the Sunbeams, and How Can I Talk If My Lips Don’t Move? To read the full interview from which these excerpts are taken click on this link: http://dsq-sds.org/article/view/1056/1235

When Chilean coal miners were trapped in 2010 for over sixty days, the whole world could feel the anguish of their families. It was a human drama that captured headlines and our hearts found relief when they finally emerged.

Here is Tito’s slant on what went on for him as he watched the drama unfold:

“My empathy would be towards the flashlight batteries of those trapped coal miners. Or my empathy would perhaps be towards the trapped air around those coal miners. There would be me watching through the eyes of the flashlight cell the utter hopelessness of those unfortunate miners as my last chemicals struggled to glow the faint bulb so that I didn’t leave them dying in darkness. As the air around them, I would try to find a way to let myself squeeze every bit of oxygen I have to allow the doomed lungs to breathe, for I am responsible for their can cialis for high blood preasur doom. And while I found myself trapped, I would smell the burning rice being cooked with neglect in an earthen pot.”

Not what us neurotypicals (that is the term the neurodiverse prefer for those not capable of diversity) might even consider when relating to empathy. Tito helps us to begin to understand the depth of his perception and experience and in so doing, this young man, is not only a poet-author but also an exquisite spiritual teacher. He continues:

“All matter possesses a mind because everything is the manifestation of the greater Being that Is in everything. My having a brain does not make me superior to a tree or to a non-living substance like a stone. After all we — human beings, a block of wood and a piece of rock — have the same atoms that make up what we are. Even if those atoms are of different elements, their core combinations are the same — protons, neutrons and electrons. In the macro field we are different, yet in the micro field we are the same… Maybe I do not have to try very hard to be the wind or a rain cloud. There is a big sense of extreme connection I feel with a stone or perhaps with a pen on a tabletop or a tree. It motivated me to write ‘The Mind Tree.’ I just have to think about it and become it. Somewhere in the matrix called the cosmos, we are all linked to that primordial origin. Every religion has a name for It. There is no separation.”

We have finished another year of study at Kabbalah Experience, ever evolving and always wanting to not lose touch. For those joining the learning (or contemplating it)—we have a full array of special classes this summer, including a mini-course on the television show Touch—about an autistic boy who does not want to be touched physically, even by his dad, but is in touch with what Tito calls “extreme connection.”

For those of you taking the summer off, please stay in touch.