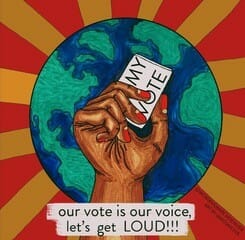 The Accuracy of Being Happy

Does it matter so much about the accuracy of recollections or more about the impact of what happened? Every year, around this time, I listen to Martin Luther King’s final speech. He was murdered the next day on the balcony of his Memphis hotel room. The speech is titled from the crescendo of his closing remarks: “I’ve been to the mountaintop…I’ve seen the promised land.”

Listening to his speech you would think he spent hours crafting and sequencing each theme to inspire the people of Memphis in their protest against the unfair treatment of the striking sanitation workers. Remarkably, the speech was delivered extemporaneously. Dr. King was not scheduled to speak that evening.

I want to share with you my favorite part of the speech. Historians have concluded that Dr. King embellished or conflated his recollection of who sent him a letter after he suffered a near fatal stab wound. It may not have been a white high school student, as he recounts in his speech, rather it was a thirty-seven year old white woman who penned the famous words, “I am so happy you did not sneeze.”

I return though to the question posed at the outset: Does it matter? Form your own opinion. For me, I am just so happy he chose to leave us all with this gift:

You know, several years ago I was in New York City autographing the first book that I had written. And while sitting there autographing books, a demented black woman came up. The only question I heard from her was, “Are you Martin Luther King?” And I was looking down writing and I said, “Yes.”

The next minute I felt something beating on my chest. Before I knew it I had been stabbed by this demented woman. I was rushed to Harlem Hospital. It was a dark Saturday afternoon. And that blade had gone through, and the X rays revealed that the tip of the blade was on the edge of my aorta, the main artery. And once that’s punctured you’re drowned in your own blood, that’s the end of you. It came out in the New York Times the next morning that if I had merely sneezed, I would have died.

Well, about four days later, they allowed me, after the operation, after my chest had been opened and the blade had been taken out, to move around in the wheelchair of the hospital. They allowed me to read some of the mail that came in, and from all over the states and the world kind letters came in. I read a few, but one of them I will never forget. I had received one from the president and the vice president; I’ve forgotten what those telegrams said. I’d received a visit and a letter from the governor of New York, but I’ve forgotten what that letter said.

But there was another letter that came from a little girl, a young girl who was a student at the White Plains High School. And I looked at that letter and I’ll never forget it. It said simply, “Dear Dr. King: I am a ninth-grade student at the White Plains High School.” She said, “While it should not matter, I would like to mention that I’m a white girl. I read in the paper of your misfortune and of your suffering. And I read that if you had sneezed, you would have died. And I’m simply writing you to say that I’m so happy that you didn’t sneeze.”

And I want to say tonight, I want to say tonight that I, too, am happy that I didn’t sneeze. Because if I had sneezed I wouldn’t have been around here in 1960, when students all over the South started sitting-in at lunch counters. And I knew that as they were sitting in, they were really standing up for the best in the American dream and taking the whole nation back to those great wells of democracy, which were dug deep by the founding fathers in the Declaration of Independence and the Constitution.

If I had sneezed, I wouldn’t have been around here in 1961, when we decided to take a ride for freedom and ended segregation in interstate travel.

If I had sneezed, if I had sneezed, I wouldn’t have been here in 1963, when the black people of Birmingham, Alabama, aroused the conscience of this nation and brought into being the Civil Rights Bill.

If I had sneezed, I wouldn’t have had a chance later that year, in August, to try to tell America about a dream that I had had.

If I had sneezed, I wouldn’t have been down in Selma, Alabama, to see the great movement there.

If I had sneezed, I wouldn’t have been in Memphis to see a community rally around those brothers and sisters who are suffering. I’m so happy that I didn’t sneeze.

I too am happy to be alive, so happy that I will be able, on my birthday this Saturday, to join in solidarity with others at the Womxn’s March Denver. Please come to add your voice and honor the tradition of peaceful protest. You will be able to say with clarity: “I am so happy I didn’t snooze.”

Wonderful! Thank you David so much!!!!

thank you David for passing this on, I hope you have a peaceful and wonderful Birthday! Much love , Karen

Thank you, David, for your always uplifting messages. You and your teachings are a beacon in this world. I am so grateful!