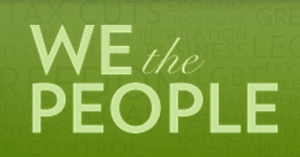 The petition circulated to you at the end of last week NEEDS YOUR HELP NOW. Please take 3 minutes (I timed it—it will require you to type a code in and then the White House will send you a link to add your name to the petition). The petition goes live once it garners 150 signatures. Please help to make this happen. The petition is entitled: Create Safe and secure television viewing for children through regulating a rating system for commercials.

Click here to add your name to the petition: http://wh.gov/VAA1

If you don’t yet share my alarm about violence shown on television commercials this is the next installment in raising awareness:

The following is taken from the webmagazine: Deadline Hollywood (pun intended).

Creator and exec producer Kevin Williamson was obliged to defend the jarring level of sex and violence (particularly violence) in his new Fox horror thriller The Following which airs on Thursday nights at 9 pm. In the wake of the mass killings last year in Aurora, CO and Newtown, CT, critics peppered Williamson with questions about whether television shows like this one may be part of the problem. His general response wasn’t defensive so much as uncertain. “I think we all worry about the violence issue,” Williamson admitted. “Who wasn’t affected by Sandy Hook? We in the writers’ room were all traumatized by it.” But he was somewhat befuddled over whether the graphic violence and gore of a series like The Following might contribute negatively to perceptions of violence in society. His show, after all, depicts a woman stabbing herself in the eye and strangers being randomly set afire in the street. He acknowledged that he isn’t sure if there is a cumulative effect of all of the violence on his own orientation. “I know that when I put pen to paper, it affects me, but I’m not sure how,” Williamson said. “We don’t sit around (in the writers’ room) and think of ways to kill people. I’m sitting and thinking of the drama. The show,” he added, “is meant to be a work of fiction. It’s meant to be a thriller and a provocative story. I guess it is a horrific and scary show.”

We could debate for a long time Mr. Williamson’s “question to self” and the cumulative effect on him—we can though be certain that there is a cumulative negative effect of viewing violence on children. This is substantiated over thousands of studies. But let’s say, for arguments sake, that children will never see The Following—it is at 9 p.m. and there is a clear warning before the show starts about viewer discretion. What we are advocating for is regulation on the promotion of such a show and that commercials for it ( and similar T.V. shows or movies) not be aired on television programs rated appropriate for viewing by children. If you want to be frightened—just google The Following trailer and watch 10 seconds.

You could argue and say this needs to be handled by parents. In the end it will be up to them to monitor what their children watch on television. There is precedent that government needs to step in and get involved—that is why there is a television rating system in place. Also, and this is what motivated me to move forward with this–Veronica Moser-Sullivan, age 6 was the youngest to be killed in the Aurora theater shooting late last year. She was not the youngest attendee—there were infants and other young children, including a 4 year girl at that opening night midnight showing of the third Batman movie.

And finally, one of the endearing characters on The Following is a little boy played by 6 year old child actor Kyle Catlett. Asked if he’d be allowed to watch a single scene of the show, he said, “I’m allowed to watch almost everything. With my mom’s permission.” His mother said afterward that the kid was correct. “Nothing scares him,” she said. “He saw everything on the set and laughed at it. He knows the difference between make-believe and real life.”

At least Mr. Williamson is uncertain about the effects of his own show on himself. If Kyle’s Mom is making an accurate observation about her six year old son, then I am scared for him. I think we all need to be.