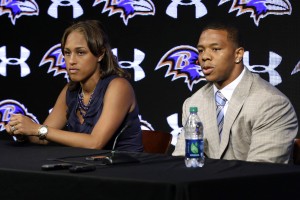 In preparation for next week’s KE fall festival our faculty has been reviewing the teachings of Reb Zalman. He was a prolific writer and speaker (you can listen to some 1400 of his talks by accessing this audio collection http://bit.ly/1lYzXaN).

He is not the most “accessible” writer especially around topics, which he gladly engaged in often, that challenged some of his own loyalties to tradition and faith. So, as in all of life, I “hold opposites” of a man, a mentor and a mensch who struggled to be as radical as he purported we need to be, as egoless as he commended us to be, and as conscious of his fears that he wanted us to be alleviated from. Why is it so difficult even for a man who is constantly at it—constantly trying to live in a conscious manner to be fully authentic?

Perhaps Reb Zalman provides this answer from his book Paradigm Shift: “We claim that we cannot do this every day, that we cannot afford the tremendous inner expense of living deliberately each day. We claim we do not have enough strength.”

Yesterday I did have enough strength. It was really nothing much, but it felt quite radical. I was in the men’s locker room at a time of day when it is filled with older naked men speaking Russian—a language I am familiar with but not enough to engage in a conversation. As I was dressing, two men were in a prolonged discussion at the double sinks, one of whom was shaving. He had turned on the water and it was flowing out, serving no purpose as it waited for him to return to his task of removing shaving cream. I turned to him and asked about the water—he initially interpreted my words to mean that I needed to use the sink and then understood that I was pointing out to him that he was not being conscious of his use of water. To my amazement he turned off the water and replied in heavily accented English, “Yes, Yes, you I agree.”

I had thought, and therefore hesitated for a few seconds, that this man could easily have become irritated by a felt criticism—he was though totally receptive. He returned to his conversation and a bit later turned the water back on to complete his shaving. I finished dressing and exited the locker room. The lesson lingers on: It takes strength to be conscious—to live deliberately each day. This incident was about my awareness of another’s actions—it is all the more challenging to be aware of our own habitual ways, our own unawareness—our own not seeing.

This past week the big local (that is the U.S.) story has been the “face” of domestic violence. Ray Rice, a football player hit his wife (at the time she was fiancé). Domestic violence occurs at a rate of two dozen incidents per minute (that is a U.S. statistic) so why is this incident big news. It is not because Ray Rice is a football player—it is because his team, the Baltimore Ravens and the National Football League chose to not be conscious.

I could have averted my eyes; I could have decided that it was not worth confronting a stranger about wasting water. I chose not to. The Ravens owner and administration, as well as the NFL, chose to not see, they averted their eyes. (For those not familiar with the facts—there was an initial tape of the incident that was viewed by all the parties that showed Mr. Rice dragging his unconscious fiancé out of an elevator by her feet. There was also a tape from within the elevator that shows what happened as the elevator descended to the lobby).

It took a woman to confront the real issue in a hard-hitting interview yesterday. The transcript says it all. I present it here not to indict Roger Goodell, the commissioner of the NFL or the Baltimore Ravens—I present it to help us see that when it comes to living deliberately, to living consciously, we have to be aware of what we do not want to see, what we are unwilling to face in others and in ourselves.

Goodell: That’s why we asked for it (the other—complete tape) on several occasions. Because when we make a decision we want to have all the information that’s available. And obviously that was the — that when we met with Ray Rice and his representatives; it was ambiguous about what actually happened.

O’Donnell: But what was ambiguous about her lying unconscious on the floor being dragged out by her feet?

Goodell: There was nothing ambiguous about that. That was the result that we saw. We did not know what led up to that. We did not know the details of that. We asked for that on several occasions. It was unacceptable in and of itself what we saw on the first tape. And that’s why we took action, albeit insufficient action. And we acknowledge that, we took responsibility for that — I did personally — and I take responsibility for that now. But what we saw yesterday was extremely clear and graphic and was absolutely necessary for us to take the action we did.

O’Donnell: But what changed? I mean, on the first tape she was lying unconscious on the ground, being dragged out by her feet. Did you really need to see a videotape of Ray Rice punching her in the face to make this decision?

Goodell: No. We certainly didn’t. And I will tell you that what we saw on the first videotape was troubling to us in and of itself. And that’s why we took the action we took. As I’ve said before, we didn’t feel that was sufficient, we didn’t get that right. But what we saw yesterday was extremely clear, it was extremely graphic, and it was sickening.

It is the Hebrew month of Elul. A New Year is coming. It is a month to wake up, to be more conscious. To be willing to see what is observable and what is off camera; from the pollution we see to the “unseen” global climate change, from Jihadist beheadings we see (or hear about) to our own unspoken prejudices and from partner violence (we see or hear about) to media that desensitizes us to violence.

Let us keep in mind what Reb Zalman offered:

“We claim that we cannot do this every day, that we cannot afford the tremendous inner expense of living deliberately each day. We claim we do not have enough strength.”