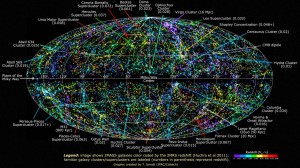 Jewish tradition enumerates a 48 fold path to the acquisition of knowledge, one of which is stated simply as “Knowing your place.” The Rabbis interpreted this quality to mean that every person has a unique contribution to make in this world. “The goal,” they say, “is to figure out where you fit into the grand scheme.”

Theodore Geisel knew that his aptitude was illustrating but it took his wife, Helen Palmer, to convince him to stray from his plan to be an English teacher and become one of the most prolific and read children’s authors of all time. You know him by his pen name: Dr. Seuss.

Dr. Seuss is author of the
Cat in the hat
But do you not see
He is much more than that.

Anapestic tetrameter is his poet’s device
Addressing what in us humans
Is not very nice
And among the most repulsive
A re-current vice
A need for establishing
One wrong and one right
And killing each other
All day and all night.

Myopia is the word
For this terrible scourge
Beheading our world through
An unholy purge.

And so we must read
To our kids, Dr. Seuss
With a prayer that his words
Will loosen the noose
Of that most abhorrent
Grotesque and absurd
The right to murder another
For God’s voice that you heard.

Our place in this vast, immeasurable creation was highlighted by the early writings of the Jewish mystics in a series of books describing the “body” of God. To give but one example from a 2,000 year old text:

Fast forward to this week, scientists have now mapped “our place” in the universe. Throughout the universe, galaxies tend to clump together in massive structures that astronomers call superclusters. According to the new map, Earth’s galaxy lives near the edge of the Laniakea supercluster, which measures 500 million light-years in diameter and includes roughly 100,000 galaxies. The region is just a small slice of the visible universe, which spans more than 90 billion light-years.

“Seeing a map gives you a sense of place,” says University of Hawaii astronomer Brent Tully, an author of the study describing the supercluster, published Wednesday in the scientific journal Nature. “For me, having that sense of place and seeing the relationship of things is very important in terms of understanding it.”

Within the supercluster, galaxies are strung like beads on cosmic strings. The Milky Way is at the fringe of one of those strings, perched on the edge of the Local Void—an area where, as the name suggests, there isn’t much to be found.

These kinds of large-scale strings and voids are common throughout the universe. But Tully notes one surprise that emerged while mapping Laniakea: The supercluster is being yanked on by an even larger assemblage of galaxies, called the Shapley Concentration.

“It’s a really big thing, and we’re being pulled toward it. But we don’t have enough information yet to find the Shapley Concentration’s outline,” Tully says. “We might be part of something even bigger.”

If only we could take this in and know our place in a much grander scheme and value all that are part of that grandeur. To quote Dr. Seuss from his story Yertle the Turtle—a turtle who would be king by elevating himself higher and higher on the back of his turtle subjects, until the whole turtle structures collapses:

And to say the great Yertle, that Marvelous he,
Is King of the Mud. That is all he can see.
And the turtles, of course… all the turtles are free
As turtles and, maybe, all creatures should be.