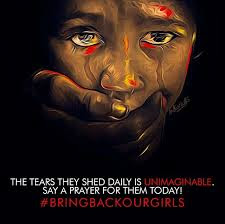 Thirty eight years ago a message was sent to humanity by the government and people of Israel. In keeping with the Torah precept: “Do not stand idly by when your brother’s blood is threatened” Israel responded to a hostage crisis in what has been called one of the most daring hostage rescues. Israeli commandos succeeded in flying over 2,500 miles to Uganda and freeing all but three of over 100 hostages (three hostages died in the crossfire). One Israeli soldier, the operations commander, Jonathan Netanyahu (Israeli Prime Minister Benjamin Netanyahu’s older brother) was killed during the operation.

Air France flight 139 originated from Tel Aviv on June 27, 1976 carrying 246 passengers and a crew of 12. An additional 58 passengers, including four hijackers, boarded the plane on a stopover in Athens, enroute for Paris. Soon after the 12:30 p.m. takeoff, the flight was hijacked by two Palestinians from the Popular Front for the Liberation of Palestine and by two Germans from the German Revolutionary Cells. The hijackers diverted the flight first to Benghazi, Libya for refueling and then instructed the pilot to fly the plane to Entebbe Airport in Uganda.

Initially the terrorists set a deadline for July 1st after which they would begin killing passengers who by that time were exclusively Jews—others had been released, though the pilot and crew, who were also given the chance to leave, courageously chose to stay with their passengers. Diplomats talking with then Ugandan President Idi Amin were able to affect an extension to the deadline giving Israeli intelligence and commandos the extra time needed to plan and execute the rescue. On July 4th, only 7 days after the hijackers made their demands, the hostages were free.

Chaim Herzog, the Israeli ambassador to the United Nations proclaimed the following:

“It has fallen to the lot of my small country, to demonstrate to the world that there is an alternative to surrender to terrorism and blackmail. It has fallen to our lot to prove to the world that this scourge of international terror can be dealt with. It is now for the nations of the world, regardless of political differences which may divide them, to unite against this common enemy which recognizes no authority, knows no borders, respects no sovereignty, ignores all basic human decencies, and places no limits on human bestiality. We are proud not only because we have saved the lives of over 100 innocent people—men, women and children—but because of the significance of our act for the cause of human freedom.”

Amidst all the many challenging events of the last month the abduction on April 14th of hundreds of schoolgirls in Nigeria by terrorists that know “no authority, no borders, and ignores all basic human decencies, and places no limits on human bestiality” calls our attention to Mr. Herzog’s challenge to the world. While the families of these school girls have expressed outrage at the lack of response by their President, Goodluck Jonathan, it is also outrageous that it has taken nearly a month for countries such as ours to get involved. Counter terrorist experts are bemoaning the fact that so much time has elapsed and that now the whereabouts of the kidnapped girls is uncertain.

But what delayed the response of such countries as the U.S., China, Britain and France (now all involved)? Would there have been such a delay if these girls were high school exchange students from any of these countries studying in Nigeria?

Israel did not hesitate to save its own at Entebbe. But if Nigeria did not step forward to save its own then it was up to other countries to save these girls—these Nigerian girls are our daughters. We are communally responsible for them.

May the forces that are now there to secure the release of these girls go with Godspeed. Perhaps they will name the mission to save these schoolgirls Operation Goodluck (as they did in renaming Operation Entebbe in memory of Jonathan Netanyahu). That would depend on Goodluck Jonathan being from here on the leader he needs to be and living up to the name of his predecessor who was not afraid to place himself in harm’s way for the cause of human freedom.