I have kept silent 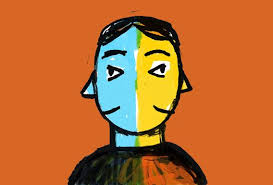 I have kept silent about why I stopped going to the orthodox synagogue I was a member of for many years. I am now going “public.” The reason: While the lives of the high school girls in Nigeria is still weighing heavily on me, (Boko Haram has now claimed that many of the girls have been liberated by their acceptance of Islam) there is a report today about a judge of an Islamic court in the Sudan sentencing a 27 year old woman for not renouncing her choice to adopt the Christian faith.

Over the years it has been customary of that Denver synagogue to invite guest speakers, often visiting Rabbis, to speak to the congregation. A few years ago, one of the visiting Rabbis (from Mexico City) was given a platform to speak. His Shabbat message was to tell us that we needed to get rid of television from our homes. He also shared his opinion that Jews needed to shield themselves from interaction with people who are not Jewish. His sermon, as is customary for most Rabbis’ sermons was not followed by a Q&A or comments. No one spoke up, including me, but conversation following the speech made me feel that those listening, including the Rabbi of the synagogue considered this Rabbis views extreme. I called it as I saw it, naïve and racist. I was challenged by the Rabbi of the synagogue to consider the importance of free speech and allowing for diversity in opinion.

The next visiting Rabbi, from Los Angeles, spoke about the evils of Islamic law, especially as it pertained to women. The examples he cited were indeed horrific. I felt though that his views were disingenuous, as some of the issues he raised about Islamic law could equally be applied to orthodox Jewish law. The idea of not allowing women’s participation in the judicial process was an example (in both Jewish and Islamic law women cannot serve as judges). I engaged the Rabbi in a discussion following the service, with a few fellow congregants gathered around. I respect the fact that he was honest, but chagrined at his response. As a modern orthodox Rabbi and teacher in Los Angeles he had, for many years, taught women Talmud. His conclusion was that even the brightest women could not attain even a very basic level of a first year male Yeshiva student—therefore, in his opinion, women were not (nor would ever be) qualified to be considered for the Rabbinate, let alone to be judges.

The next visiting Rabbi, from New York, who is ordained from the same rabbinical school I attended and has a law degree from an Ivy League school, spoke about our need to admonish Jews who are not fulfilling the Mitzvot. He paused at one moment to add, “I am about to say something controversial” and continued, “If throwing stones at cars on Shabbat (in Israel) would stop people from driving (and desecrating) on Shabbat, I would be in favor of such action.” His caveat was that he thought it would be an ineffective tactic. I was stunned. No one responded.

Immediately after service I went to speak with this Rabbi and asked him if he felt that people who violated the Shabbat should receive capital punishment. He did not hesitate to say that if the courts in Israel would one day be religious (orthodox) they would of course condemn people for violating Shabbat. He compared this to courts sentencing convicted murderers to death (a Torah law). I have no doubt that this Rabbi would also be in favor of the death penalty for those choosing another faith other than Judaism. I do not know if the judge in Khartoum has a law degree from Harvard, but apparently the religious thinking he has is no different than the “modern” orthodox Rabbi from New York.

Unlike the prior two sermons I sensed that others did not feel this Rabbi’s opinion was all that controversial. The Shabbat following his sermon, I handed out a one page rejoinder to my fellow congregants in which I explained the dangers of such rhetoric and my concern for the silence of our Rabbi and the congregation. There was little to no response but actions speak louder than words (though words are equally important). The Harvard trained lawyer-Rabbi has now been invited back to teach every summer since that sermon as a scholar-in-residence. This was the final “straw” for me, or should I say the final rock. I did not and have not renewed my membership to that synagogue.

I see myself as a tolerant person. I also teach that a spiritual goal is to “hold opposites.” I am sure that this Rabbi has a lot to offer and that many have gained from his wisdom in other areas of Jewish life these past few years. I certainly need to examine my own intolerance. There is though one area where we all must take a stand and hold onto our intolerance. It is intolerance for what happened in Khartoum today, in Nigeria last week and in Denver a few years ago.