If the Sole Fits 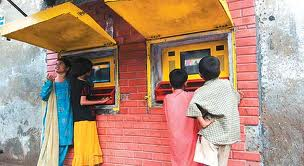 What do Bill Clinton (2007), Bono (2005), Karen Armstrong (2008) and Sugata Mitra (2013) have in common? They are winners of the TED prize, an annual award of $1million presented to people whose ideas and passions can spark global change.

Sugata Mitra wants to spark a revolution in learning by implementing SOLE, self-organized learning environments that support children around the world to “tap into their innate sense of wonder and work together.” Sugata is an out of the box thinker and researcher and some of his experiments fill adults with wonder at the ingenuity and resourcefulness of children. His main methodology is to enter poor, rural areas where there are no computers (but there is internet access), build a wall, and insert a computer in the wall, leave (without any instruction) and return to see what children learn on their own-together.

A typical experiment was one Sugata launched in Kalikuppam, India in 2007 with a really challenging question: “Can Tamil speaking 12 year old children in a remote south Indian village teach themselves biotechnology of DNA replication in English, by themselves, from a streetside computer?”

After leaving the children with the computer for two months, the children confessed that they didn’t understand anything. At first, Sugata wasn’t surprised about their inability to find the answer because of the difficulty of the subject matter until a young girl elaborated: “Apart from the fact that the improper replication of the DNA molecule causes genetic disease, we’ve understood nothing else.”

This young girl and her cohorts learned English and enough biology in two months to inspire Sugata to continue challenging traditional assumptions of how children learn. The method he proposes has a computer at the center of a small group of learners. The teacher’s role is best described as posing a question, encouraging learning and watching in awe and admiration.

When you watch two year olds master an iPad or iPhone you have little wonder that Sugata is onto something. I recommend you look at suggestions to teachers (and parents) about implementing SOLE www.ted.com/pages/sole_toolkit The most intriguing aspect to me are the questions he proposes for 8-12 year olds to grapple with and learn about. They include:

Was the color orange named after the fruit or vice versa?

How does my digestive system work?

What is a soul?

How do my eyes know to cry when I am sad?

A while back I had a fleeting thought about how to “translate” the Kabbalah Experience curriculum for middle school children and teens. I sat down with a few of our students who were parents of pre-teens to explore what they thought about the type of learning we do in soul, space and time and its relevance for their children. I don’t know yet how this might look but I welcome your input into thinking creatively about SOLE for SOUL.

In this model of learning, the U in SOUL stands for Unlearning. Are children ready to unlearn alongside learning? I don’t know. Perhaps this would be the first question the SOUL learning group of 10 year olds can research and answer. We might just be amazed at what they come up with.