Reading Between the Candles 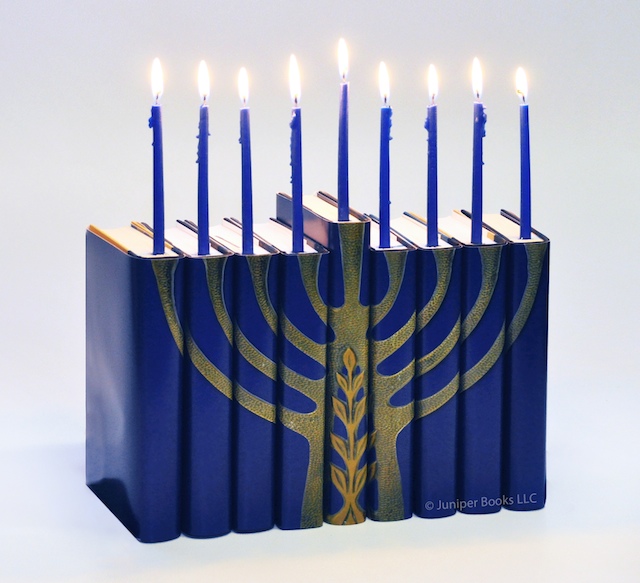 Jews have been in America since before it was America. The first synagogue in America, Shearith Israel, was established in 1654 by Jews fleeing the Inquisition in Brazil and finding a safe haven in New Holland. More than a hundred years later, Shearith Israel’s Rabbi, Gershom Seixas, delivered this message on the first national holiday of Thanksgiving:

“As Jews, we are even more than others called upon to return thanks to God for placing us in such a country—where we are free to act according to the dictates of conscience, and where no exception is taken from following the principles of our religion.”

The current Rabbi of Shearith Israel will uphold the community’s tradition of reading Rabbi Seixas’ speech (preserved since 1789) this Thanksgiving. It will also be the first day of Chanukah this year, a reminder that this holiday of lights shines on a 2,000 year old message of the freedom of religious expression.

The Inquisition, which started in Spain in the early 1400’s, migrated to other Christian countries such as Brazil and continued well into the 18th century. When Christians of Jewish origin were convicted of clandestine Jewish practice they were burned at the stake. Fire’s dark side is its use in the service of purification by the forces of intolerance. If people have different ways to express their religious ideals or writers have different ways to express their philosophical ideas the forces of intolerance enlist the aid of fire to destroy what is feared by them.

How different is the age-old Jewish tradition of the burial of books that have fallen into disrepair. This past week, in the aftermath of the Boulder flooding, the Boulder Jewish community held a “funeral” for books that needed to be put out of circulation. Our beloved teacher, Morah Yehudis Fishman offered the following eulogy:
“Therefore, I call out to you, sweet pages, and sadly tattered sheets, you who lie forlorn but not forgotten in the dark, dank, depths of your now subterranean library. I send back to you the luminous angels that we together birthed from our most intimate moments. May your words never expire, but rather- arise and inspire from their hidden tombs.”

What a contrast there is between honoring books by eulogizing them during burial and burning books because their words contain ideas that offend. Symbolically, when we bury into the ground, as Morah Yehudis suggests, the words remain here in the plane of our existence. When books are burned the attempt is to banish them to realms unknown—a place without a marker to find or visit.

As you light the menorah this Chanukah think of what the fire of the candles represent. We are so thankful to those who have fought for free expression of religious ideals and philosophic ideas. For all those martyrs who died in flames we must use fire as an antidote to intolerance.

If we are ever to be a purifying force for good we must also acknowledge our own intolerance—for other people(s) and for ideas that are different than our own. Rabbi Seixas in 1789 could well have appreciated the religious freedom in America for some, including his fellow Jews, while being aware of the horrific intolerance for others. Illuminate your household by sharing stories of the fight for freedom of expression and what we as Americans and Jews err(ed) on the dark side of fire. Then we will merit the appellation “Shearith Yisrael” –the “remnant of Israel” that are a light of tolerance for the future of humanity.