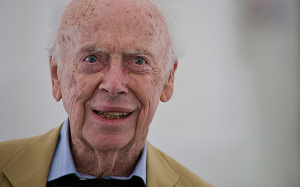 Is there enough money to afford education for every child on earth, to feed the hungry and starving, and to provide public toilets?

Kailash Satyarthi, the co-winner of the 2014 Nobel Peace Prize thinks so. In his acceptance speech in Olso yesterday, his refrain was “I refuse to accept.” What Mr. Satyarthi has refused to accept is that the “world is so poor, when just one week of global spending on armies is enough to bring all of our children into classrooms.”

Alfred Nobel, the inventor of dynamite, made his fortune producing armaments for war. In 1888, eight years before his death, Mr. Nobel read his obituary entitled, “The Merchant of Death is Dead.” It was a case of mistaken identity. Alfred’s brother Ludvig had died. The obituary was premature but its impact on Alfred was timely. He decided to will his fortune to the betterment of mankind. The initial assets left by Mr. Nobel, some $180 million, under good management, now stands at over $600 million—a sizeable reserve for doing good in this world.

Nobel Prize recipients (there are now 6 categories) are awarded a gold medal and a sum of money. The exact amount of the cash award varies from year to year but has been for the past decade well over a million dollars (it is split if there are co-recipients). No living recipient of a Nobel Prize has ever sold their gold medal, until this week. The recipient of the Nobel Prize in 1962 for Medicine was James Watson, credited with Francis Crick and others to have discovered DNA’s double helix structure. Watson knew that his medal was worth more than its weight in gold (even at today’s prices). Crick’s medal sold at auction ($2.3 million) after his death a few years ago.

Watson has fallen on hard times. He made what many would consider racist and sexist remarks and has subsequently been shunned by the scientific community. Watson, now 86, wanted money so he could continue his scientific work, donate to institutions that supported him and buy some art. He netted $ 4.1 million and guess what? He has the medal back in his possession!

Alisher Usmanov, the purchaser of Watson’s Nobel gold medal, considered it unacceptable that such an outstanding scientist had to sell his medal, so he not only bought it, he returned it to Watson. While Mr. Usmanov, the wealthiest billionaire in Russia, may have had a private conversation with Dr. Watson, it is unlikely that he can mandate how Watson will allocate his millions. Watson is eager to buy a David Hockney painting—they are not cheap.

To address global poverty we must first address the poverty of the mind and heart. Mr. Usmanov, and other billionaires like him, whose assets are multiples of the assets of the Nobel Foundation may want to get behind Mr. Satyarthi and “refuse to accept” that we do not have enough money to end poverty. A David Hockney painting can feed and educate more than a village.