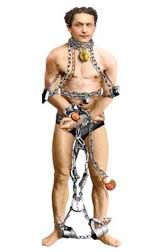 Skeptics have a magazine, a website, a dictionary, an international conference, a camp, and a million dollar award for anyone able to prove the supernatural (http://web.randi.org/the-million-dollar-challenge.html).

The Amazing  Meeting, held this past year in Las Vegas, is an “annual gathering of like-minded critical thinkers devoted to the philosophy of Skepticism who enjoy some of the brightest minds on issues important to skeptics, and leave with tools for spreading a helpful and educational message to those who might be hurt by charlatans and unfounded belief.”

Skeptics are not impressed with synchronicities. These simultaneous occurrences of events are seen by them as chance happenings that have no significance. The importance we attribute to them is defined by them as apophenia: “the ability of the human mind to find meaning and significance where there is none.”

Over the past 12 years I have told and listened to countless stories of synchronicity as a way to highlight the Kabbalah’s view on interconnectedness and the confluence and parallels of seen and unseen reality.

It occurred to me this week that I should approach these stories and my finding meaning in them with some skepticism. The word “occur” has two etymologies:

To be appropriately skeptical I will ignore that my neighbor recently gave me a copy of the magazine Skeptic (which I had never heard of before) and I intended to write this blog on a different topic, the life of Harry Houdini—who I learned is as an honored member of the Skepticism Society and was a judge on Scientific American’s panel debunking mediums (Houdini, aka, Eric Weisz, was the son of Rabbi Mayer and Cecilia Weisz. He is buried in Machpela Cemetery in Queens, New York very near to where I grew up).

The day before Thanksgiving I went to have my blood drawn and remarkably there was no line at the lab.  I wound up talking with the person checking me in about how unpredictable the waiting time can be. I had not realized that the receptionist was doubling as the phlebotomist, so I was surprised that she followed me back to the area where my blood was to be drawn. Her name is Peggy (I think) and after asking me my birthdate mentioned: “We have the same birthday.”

There was only the two of us in the lab, but a skeptic would say—she and I were just the 2 of 23 that happened to be in the room (for a 50% chance that the two of us shared the same birthday). What was more impressive though was that we shared the same birthdate-January 18, 1958. When Peggy smiled at me and said: “But I am older than you, I was born at 6:03 in the morning,” I asked her where she was born. Well, it was in California, PST. I was born in Atlantic City, EST.  I remembered I was born in the morning, so I suggested that, indeed, I might be older, as it was already 9:00 a.m. in New Jersey when she was born. Checking my birth certificate, the time of my birth is recorded as 9:00 a.m.

The scientific skeptical minds at The Amazing Meeting (held in Las Vegas) would simply consider this synchronicity a highly improbable roll of the “birthday” dice—a chance occurrence of two people born within minutes of each other “discovering” a coincidence.

What provides meaning about synchronicities—so that they are not random occurrences needing the “assignment of meaning where there is none” is when they are ripe with meaning already. This occurs at times when you meet someone (or something such as hearing a song) who you wanted or needed to meet (you had them in mind) or when you have a premonition that you will meet someone although you may have never met them before; and that there is a significance—a lesson learned or relationship forged that is important for your life.
So who is in need of escaping from the chains and locks of their perceptions? Is it the skeptic or the kabbalist? I think the odds are 50-50.