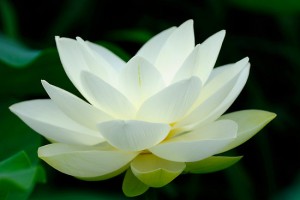 I first came across this gem in Joseph Campbell’s the Power of Myth. It is a penetrating story about unlearning— a phrase I reacquainted myself with this weekend when reading an author describe himself as a “slow unleaner.” Aren’t we all?

Here is the story about the god Indra:

There was a terrible drought and the world was in a very bad condition. It took the god Indra a while to realize that he had a box of thunderbolts. When he released one the waters flowed and the world was refreshed, and Indra said, “What a great god am I.”

So, thinking, “What a great god am I,” Indra decides to build a palace worthy of such a god as he. The main carpenter of the gods goes to work on it and in very quick order gets the palace into pretty good condition. But every time Indra comes to inspect it, he has bigger ideas about how splendid and grandiose the palace should be. Finally, the carpenter says, “My god, we are both immortal, and there is no end to his desires. I am caught here for eternity.”

So the carpenter goes to Brahma, the creator god, and complains.

Brahma sits on a lotus. The lotus grows from the navel of Vishnu, who is the sleeping god, whose dream is the universe. The carpenter comes to the edge of the great pond of the universe and tells his story to Brahma. Brahma says, “You go home. I will fix this up.”

Next morning, at the gate of the palace that is being built, there appears a beautiful blue boy. The guard at the gate of the palace runs to report this to Indra, and Indra says, “Well, bring in the boy.” The boy is brought in, and Indra, sitting on his throne, says, “Young man, welcome. And what brings you to my palace?” “Well,” says the boy with a voice like thunder rolling on the horizon, “I have been told that you are building such a palace as no Indra before you ever built.” And Indra says, “Indras before me, young man— what are you talking about?”

The boy says, “Indras before you? I have seen them come and go, come and go. Just think, Vishnu sleeps in the cosmic ocean, and the lotus of the universe grows from his navel. On the lotus sits Brahma, the creator. Brahma opens his eyes, and a world comes into being, governed by an Indra. Brahma closes his eyes, and a world goes out of being. The life of a Brahma is 432,000 years. When he dies, the lotus goes back, and another lotus is formed, and another Brahma. And Indras? There may be wise men in your court who would volunteer to count the drops of water in the oceans or the grains of sand on the beaches, but no one would count those Brahmin, let alone those Indras.”

Who is the beautiful blue boy and where has he acquired his wisdom? I am just beginning to unlearn something that I will share next week. The lotus flower is opening, I am asleep and dreams are vividly becoming my awakened reality. It is a beautiful lotus, the lotus of a thousand petals.