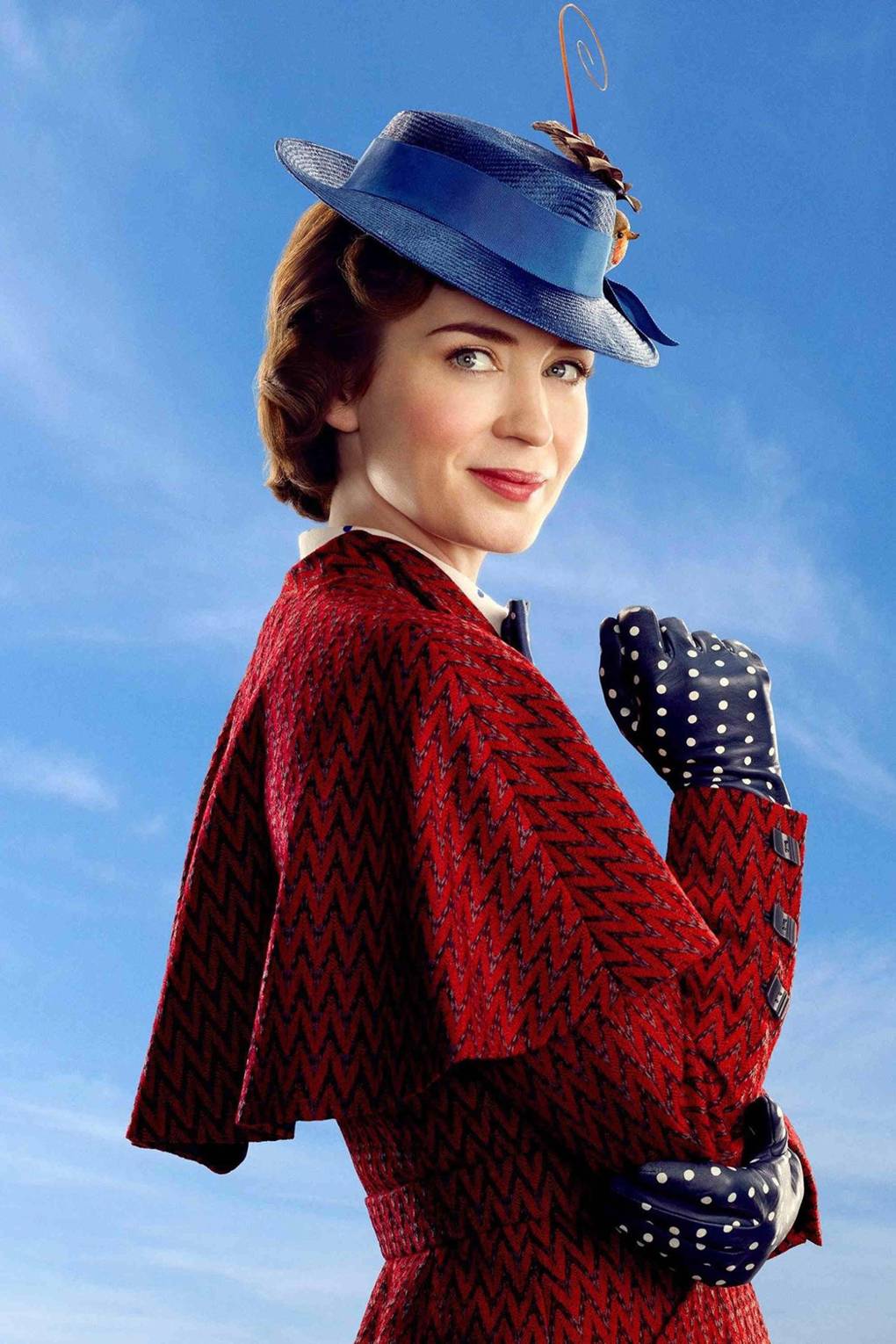 What was your most significant moment of 2018? It does not have to be a moment—it could be several moments or a “moment” that unfolds and is interconnected with other moments.

It was over fifty years ago that my parents took me to the theater to see Mary Poppins. I was seven years old when I was introduced to the story of the Banks family and their supernatural nanny. My memory of the film is foggy as a London morning, but I do remember one detail that fascinated me when I was a young boy: Dick Van Dyke, the chimney sweep Bert, also played the role of the old banker, Mr. Dawes. In a recent interview, Mr. Van Dyke reveals that he had to pay Walt Disney to be double cast in that role. Mr. Dawes dies laughing (literally) and the chimney sweep, Bert, turns a soot-filled chimney into a “doorway to a place of enchantment.” The central message of Mary Poppins: “Everything is possible, even the impossible.”

Last week we took our seven year-olds to Mary Poppins Returns to be enchanted by the story, the musical numbers and the animated sequences. The film ends with a cameo by none other than Dick Van Dyke, reprising the part of the old banker, who does a little jig on the top of a desk. There was no double role for the nonagenarian Mr. Van Dyke. The part of Bert’s young apprentice is played by the talented Lin-Manuel Miranda, who is only slightly younger than Van Dyke was when he fulfilled the multi-dimensional role of Bert in the early 1960s.

Unlike the film’s magical ending of turning back the hands of time (literally-setting back the minute hand on Big Ben), we can only teleport ourselves back in time through our imaginations. Having the past be a canvas on which we paint the present can bring with it as sense of the familiar and a comfort we seek. That is why the writers and filmmakers weave countless references, props and places in this return engagement of Mary Poppins to meld the present with the past. And history, both in the film and in our lives has a way of repeating itself by weaving its way inter-generationally through family stories. These retellings can be as surface level as telling my girls “I saw Mary Poppins with my parents when I was seven,” to the back story of Mary Poppins’ creator, P.L. Travers, and her own father, a banker, who suffered with depression and died of alcohol poisoning at a young age. Walt Disney is portrayed in another film about Mary Poppins (Saving Mr. Banks) in which he promises Ms. Travers, that if she gives him the rights to her books, “George Banks will be redeemed. George Banks, and all that he stands for, will be saved. Now maybe not in life, but in imagination. Because that’s what we storytellers do. We restore order with imagination. We instill hope again and again and again.”

So how do we, stewards of the spirit and innkeepers of the imagination integrate awareness of the past while being fully in this moment. Can we “return” to an experience without getting caught up in it, can we conjure up our memories and yet see through new eyes. There were three seven year-olds in the theater on Christmas day because there I was with my seven year old self and my twin seven year-old daughters. Mary Poppins was infiltrating their senses and imagination on a relatively blank slate compared to mine. My moment for 2018 (and all its interconnecting threads) came in listening to a new song written for Mary Poppins Returns titled: Where the Lost Things Go:

Can we “return” and yet see through new eyes?

With best wishes for new beginnings, to find a place for the past which does not limit experiencing this moment, to laugh at attempts to turn back the hands of time and to enter “your doorway to enchantment.”

P.S. Please share you own 2018 moment with our community

I saw the film…but now really get it…thanks to your blog.

The other side of the coin in the movie-Few people would associate this Disney movie, based on the books of the Australian-British writer PL Travers, with economics. But it contains a scene that gives an excellent summary of the nature of modern banking, one that opens with young Michael Banks visiting the Dawes, Tomes, Mousley, Grubbs Fidelity Fiduciary Bank, where his father works. Mr Dawes, the chairman (played by Dick van Dyke, who also plays Bert, the cockney jack-of-all-trades) tries to persuade the boy (with a song) to deposit his tuppence in the bank so that it can be invested in railways through Africa, dams across the Nile, and other fantastical investment projects.

Michael is not convinced and doesn’t want to give up his coin; but mesmerised by the singing, he loses concentration and Mr Dawes is able to snatch it. “Give me back my money!” Michael shouts, prompting other customers to fear there is something wrong and demand their deposits back, creating a run on the bank – just as we saw at Northern Rock branches in 2007.

The scene illustrates how banks depend on maintaining the confidence of their depositors. Like all other banks, the Fidelity Fiduciary had made a promise it could not keep: it had promised its depositors that they would be paid in cash upon demand, when actually it had enough cash to pay only a proportion of them. This is usually not a problem. At any given time only a small proportion of depositors would want to withdraw their money, so it is safe for the bank to hold in cash only a fraction of the amount in its deposit accounts. But if a depositor begins to doubt the bank’s ability to pay her back, she has the incentive to withdraw her money as soon as possible. Even if the doubts are totally unfounded (as in Mary Poppins), it will become a self-fulfilling prophecy if enough account holders think and act in this way.
This “confidence problem” has led to the development of central banks (such as the Bank of England), which can lend to banks in trouble, and of public deposit insurance: measures intended to give depositors more confidence in the banks, thus stabilising the banking system. Of course, the 2008 financial crisis has shown the limitations of these measures, because today deposit banking is overshadowed by other segments of the financial industry, such as investment banking, trading in derivatives and other “structured” financial products.