Q is for Question 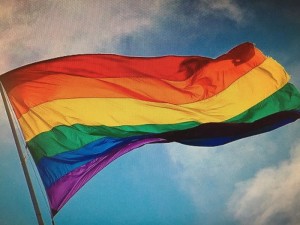 It has been my custom to reward good questions my children ask with $5. Over the years it has cost me a bundle and I am now gearing up for the next round with Eva and Isabel turning four. For my older children, the monetary reward became quite secondary to the desire to have asked a good question and to their ever increasing ability to discern, (though sometimes first asking, “Is that a $5 question?”) the nature of a good question.

Some of the questions my older children asked: Where does the water go when you flush the toilet? If God created the world, who created God? If you were a chess piece which chess piece would you choose to be? Why are there only two types of people, men and women, why not a third type?

Questions come in all shapes, sizes and depths. They appear at times from nowhere in the conscious mind, in a dream or a sudden realization. The question that is now permeating my thoughts is all-encompassing one: Why did it take you so long to question this? It is a big question and also a question of depth—what is it for me and others that does not allow them to even “call” the question?

There is a wonderful story in the Torah of five sisters who approach the supreme court of their day with a question about inheritance. Their father had died and they were his only progeny. Why, they asked, should they lose out the equal opportunity to share in their father’s estate just because he had no sons? Could daughters not be afforded the status of inheritance? Perhaps the sisters started by asking a few relatives or friends, or they had already gone to lesser courts before presenting their question to Moses (who in turn appeals to God for an answer).

While the answer given by God (in this case there were no dissenting opinions) satisfied the sisters–it granted them the inheritance, the full story reveals that this decision only granted daughters inheritance rights in the absence of male progeny. These sisters though did call the question. In order to do so they had to confront, first within themselves, and then with others, the assumed reality that inheritance is passed exclusively from father to son.

Change occurs because we are open to questions. Perhaps this is one of the key differentiators between those who adhere to fundamentalism and those who do not. It is as simple as that—are you willing to question the assumed reality (of your family, your community, your religion, your science, etc.).

In the recent opinions written by the Supreme Court justices regarding same-sex marriage, questioning is at the core of their differing views. In their respective written opinions Justice Roberts (dissenting) bases some of his argument on our relationship to the past; perhaps, even suggesting that it is not prudent to question the past. Justice Kennedy, who wrote the opinion of the court, expresses the importance of questioning.

Justice Roberts: To blind yourself to history is both prideful and unwise. The past is never dead. It’s not even past.

Justice Kennedy: History and tradition guide and discipline this inquiry but do not set its outer boundaries…learn from it without allowing the past alone to rule the present

Justice Roberts: The Court today not only overlooks our country’s entire history and tradition but actively repudiates it.

Justice Kennedy: The generations that wrote and ratified the Bill of Rights and the Fourteenth Amendment entrusted to future generations a charter protecting the right of all persons to enjoy liberty as we learn its meaning.

The petitioners for recognition of same-sex marriage were calling into question what is the definition of marriage. For some people it is as absurd a question as my child’s question: Why are there only two types of people, men and women, why not a third type? I gave $5 for that question. The Supreme Court gave much more.