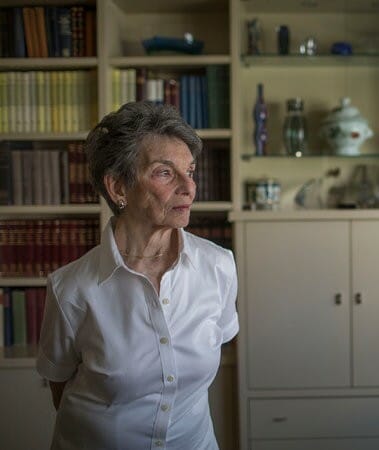 Sharmeen Obaid-Chinoy won the best short documentary–her second in four years–this past Sunday at the Oscars. She works within a small budget and a time frame. Her films, by Academy rules, must fit completely within the allotted 40 minutes. Her topics are not easy ones to consider, let alone watch: brutal attacks on women by men. The assailants are husbands throwing acid on their wives faces (Saving Face, 2012) and fathers murdering their daughters in so called “honor killings.” (A Girl in the River: The Price of Forgiveness, 2016).

In the next 40 minutes hundreds of women will be the victims of men violating their bodies. That is just in the United States. In Pakistan, the country of focus in both awarded documentaries, the numbers are much higher and more deadly.

Ms. Obaid-Chinoy praised determined women and men who want a more just society for women. Films such as hers can and will have an impact–the Pakistani Prime Minister vowed to change the law regarding “honor killings” after viewing A Girl in the River.  In order to save the lives of women and girls from horrific abuses we must also work on standing up for the honor of women and girls in situations that are not life or bodily threatening. This includes standing up for the right of women to stay seated.

Renee Rabinowitz is 81 years old: A Holocaust survivor. A lawyer. A PhD in Educational Psychology. On a recent flight from New York to Tel Aviv, aboard El Al, a man, garbed in Orthodox clothing asked that Ms. Rabinowitz be moved from her seat next to him so as not to offend his sensibility of impropriety. She now acknowledges feeling minimized by his “request” (it was more an insistence) but acquiesced and accommodated by switching to a different seat offered to her by the flight crew. At the time she felt it was not worth creating a commotion, now she is suing El Al for discrimination. Ms. Rabinowitz is quoted as stating that her lawsuit is not personal, “It is intellectual, ideological and legal. I think to myself, here I am, an older woman, educated, I’ve been around the world, and some guy can decide that I shouldn’t sit next to him. Why?”

Does Ms. Rabinowitz not understand the ideology of men to be the decision makers and whenever possible enforce those decisions on others, in particular, women?  She does and is quoted as saying: “The idea of having a Haredi (Orthodox Jewish) population is wonderful, as long as they don’t tell me what to do.”

That is a starting point because the public domain, such as an airplane, is a perfect venue for working toward a more just society for women. Men, who want women to accommodate them to deal with their own (sexual) issues, will have to find other solutions. Ms. Rabinowitz moved once. She will not do so again.

P.S. I assume the film Saving Face has a double meaning: The obvious one is the surgeon who comes in to save the disfigured faces of women burned by acid. The less obvious one is the men who do heinous acts to save face because their wives decided to leave them, or fathers who murder their daughters to save face for daring to make decisions for themselves. This also applies to men on planes who want to save face for not dealing internally with their own sexual impulses or what they consider an appearance of impropriety.