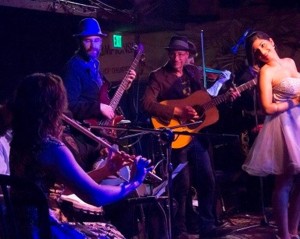 I usually start the process of writing this blog by reflecting on what has “crossed my awareness” this past week. This week I was contacted by three people that I have not spoken to or thought about for decades. One is a man I used to run with early mornings in Philadelphia, one was a fellow graduate student in Philadelphia and one was a person I saw in therapy some 20 years ago.

The amazing thing about the internet is that people find you. The fellow graduate student is coming to Denver and thought it would be wonderful to touch base after almost 30 years, the person I saw in therapy had a question about her grandchildren and the fellow runner—I am not sure yet.

There were four of us who ran most every morning along the Schuylkill River, we all lived near the University of Pennsylvania campus and were marathon runners. Having been contacted by one of them out of the blue, I googled them all. Had Tom actually gone into politics as he said he would? Indeed he has worked for the State Department for years. What was Rich up to? Business consultant. The best runner of the group, Jim, had pursued a law degree at Cornell and was now an in-house lawyer for a technology company. It was fun to see their faces, much older than my memory snapshot was of them. This revealed though only the basics: they were alive, they were working. Had they fulfilled their aspiration, their dreams? What about relationships and family? Were they still running? How was their health; physical, emotional and spiritual?

My experience with “reunions” of this sort is that they are brief moments of reminiscence. It is rare that a relationship of the past (even at times when it was quite significant) is rekindled in the present. I have reflected on this in the past with some sadness but as I get older I have come to realize that there are people in our lives who we cross paths with, perhaps running a few thousand miles with (over 3 years) and then our paths diverge. The relationship fit for that time and place.

A few years ago I reached out to someone I had not seen since elementary school. He was one of my good friends growing up and I heard from someone that he had left his law practice to pursue a doctorate in the academic field of Kabbalah. We had one conversation, quite pleasant in which we shared stories about our families, both present and the past. He was kind enough to send me two articles he recently published on Kabbalah. They were academic pieces, well written, as I would have expected of him. And that was that. We were no longer fast friends as we had once been, sleeping over at each other’s house, playing sports and games and doing homework together.

We are celebrating tonight 10 years of Kabbalah study—Kabbalah Experience became official in 2006, but I had been teaching since 2003. Hundreds of people have learned Kabbalah over this span of time (we will soon reach a thousand!). It has been our experience that when people stop classes they usually do not return (even when they say they will). This used to sadden me but as I get older I see in this as well the same phenomenon I described regarding relationships in general. We intersect for a time when that fits and then we move on.

There are those that “stick” –we call them keepers and that is true for relationships in general and for a community such as Kabbalah Experience. There are classes that are completing their seventh year of study (together) and many others who have been studying for many years together. This past year 3 of the 4 original students from 2003 came back to class, together, joining with other students who have been in class for varying degrees of time. To their credit they did not try to recreate the intimacy of their small initial class—they integrated into a larger class—becoming part of new relationships that are relevant today.

Stickiness is a word that is used in the science of marketing. It needs to be differentiated from being stuck (I don’t think there is a word “stuckiness”). As we celebrate 10 years of learning and building a community it is worthwhile to reflect on the value of relationship stickiness and the value of those whose paths have crossed with ours for a moment or a few miles.