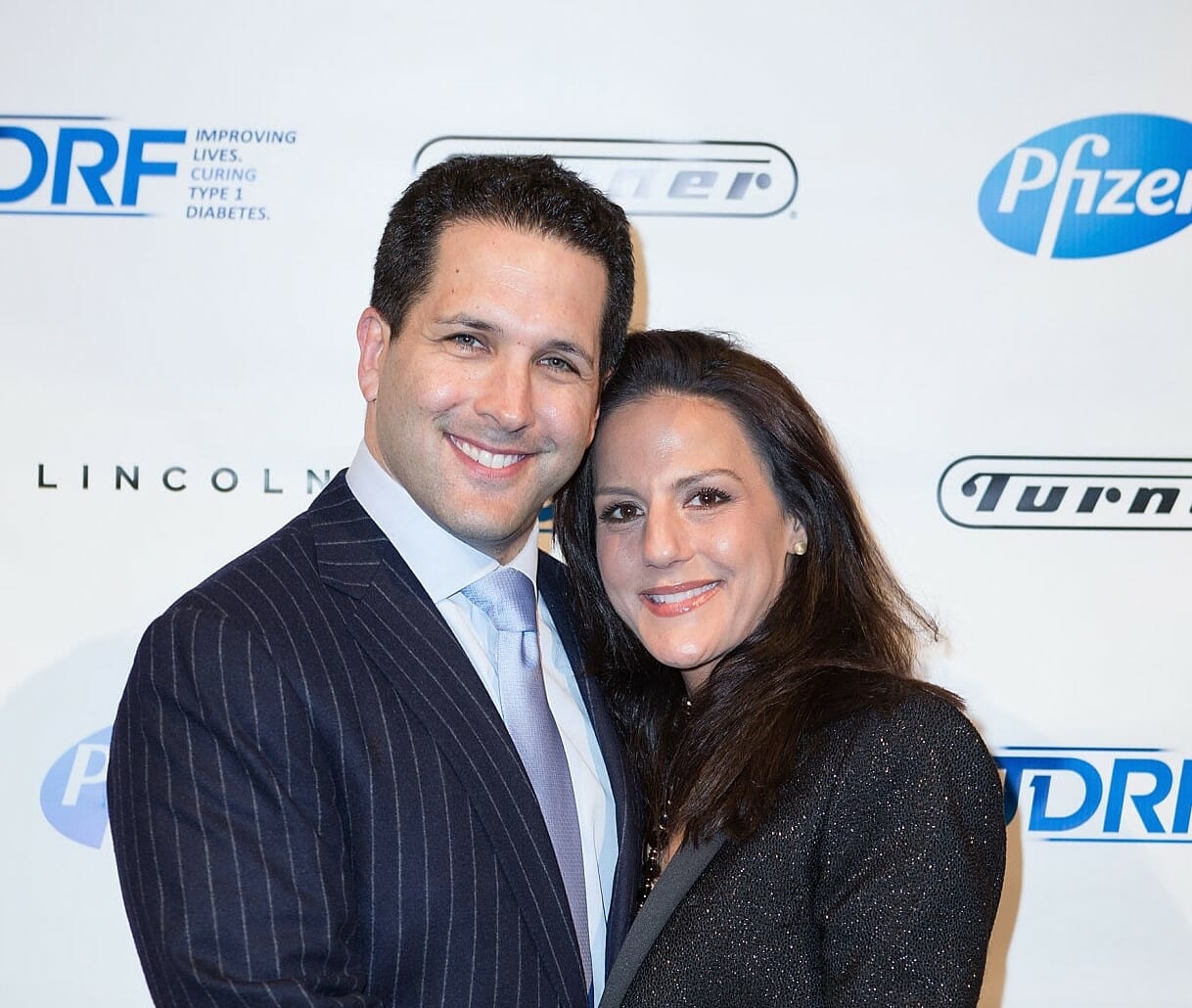 I planned on writing a blog this week about how to address climate change and had a perfect segue from the late night comedians banding together and dedicating their monologues to the urgency of this global crisis. I was going to title it: Comedians of Doom. It just didn’t progress, so I pivoted to how the Sefirot of the Tree of Life got their names and the man who appears to have designated their names and positions on the Tree. He is known as Isaac the Blind, a mystic who lived in southern France in the 12th century and later Kabbalists referred to him as the father of Kabbalah. The title for that blog was: The Blind Leading the Blind. It also didn’t progress the way I wanted. I started to doze off in front of my laptop when an email came in and the beep woke me.

It was an email from Andrea Stillman, a long time KE student. She was saying hello and sharing  “good stuff” and a show she had watched, an inspiring, and “kabbalah themed” interview with Adam Schefter, the football aficionado for ESPN. I follow sports but had never watched Real Sports with Bryant Gumbel on HBO. I awoke to what I initially felt as a challenge because I find Adam Schefter, who I hear often as a sports commentator, mildly annoying.

The “annoying” aspect was in full force as the interview began but my sense of him radically shifted in synch with the interview shifting from talking about Adam’s obsessional devotion to football to his marrying a woman who was widowed when her husband died on 9-11. The man interviewing him, Jonathan Frankel, the well-known news correspondent, had also married a 9-11 widow four years previously. Adam had reached out to Jonathan for advice. “What was it like to marry a woman who had lost a husband (and had an infant son)?” Here they were, years later, on the 20th anniversary of 9-11, both having helped raise those infant sons who are both, serendipitously, going to graduate from University of Michigan this year. Adam has chronicled his experience in the book entitled: The Man I Never Met.

What is unique about this interview is what the two men share about their “shared” experience of stepping into, or as Adam describes it, “living in the shadow” of that other man, that other relationship. I have not read Adam’s book and was not able to find (though I looked) more detail about Adam and his wife Sharri’s marriage or life together (though much is revealed in the interview).  What I did find was a NYT wedding announcement of Jonathan’s marriage to Erin Richards. It is worth reading and so I have appended it to the blog.

As we enter out 17th year of study at Kabbalah Experience these men’s stories shed light on how we are active participants in each other’s lives. In our community we share much joy and grief because we have stepped into a commitment to the spiritual growth of one another. I now see that what occurs in our classes, beyond the learning of Kabbalah, is the participatory witnessing of that growth, slow and steady for some, rapid or radical for others. And what we may have found annoying about another person shifts when we listen and look more carefully, when we step into their shoes. This is what Transformative Kabbalah is about.

P.S. The title of this blog, Time and Space, comes from Adam’s reflection in the interview on giving his wife Sharri her time and space for grief.

The bride, 33, graduated from the University of Colorado and received a master’s degree in social work from New York University. She is the daughter of Ina and Murray C. Pitt of Bloomfield Hills, Mich. Her father is a founder and the former chairman of Murray’s Discount Auto Stores in Belleville, Mich.

The bridegroom, 39, is a national correspondent in New York for “The Early Show’” on CBS. He graduated from Syracuse University. He is a son of Max Frankel of New York and the late Tobia Frankel. His father retired in 1994 as the executive editor of The New York Times. The bridegroom’s mother was an editor at Newsday and a marketing director for the New York City Opera. His stepmother, Joyce Purnick, writes the Metro Matters column in The Times.

Mr. Frankel, long known as a die-hard and somewhat elusive bachelor, first spotted Ms. Richards last New Year’s Day in Aspen, where he often skis and hikes. He was seated in a theater as the lights were going down for the movie “Chicago.” The next day, he remembered, he called his brother, David Frankel, a film and television director, and told him, “I saw this really cute girl yesterday, but I didn’t say hello.”

Ms. Richards, whose first husband, Gregory D. Richards, died in the terrorist attacks of Sept. 11, 2001, was visiting her family’s vacation home in Aspen. “I had had a horrible, horrible New Year’s Eve,” Ms. Richards said. She said she spent New Year’s Day crying and refusing to leave the house. After much pleading, her parents persuaded her to join them at the movies, where a still teary Ms. Richards noticed Mr. Frankel. “He looked very, very familiar to me,” she remembered.

Ten days later, she saw him again on a treadmill at the Reebok Sports Club in New York. She walked over and said, “Didn’t I just see you in Aspen?’”

They talked for a while, and when he asked what she did, she said she was a single full-time mother with a 3-year-old son, Asher. Even though Mr. Frankel had a personal rule against dating anyone who had been married before, or had children, he asked for her phone number. He called that night. “I told him in about five minutes that I was a 9/11 widow,” she said. “I’d been down that road where you tell somebody and they want to end things right there. It’s just too intense for people.”

Mr. Frankel, who had been on many disappointing dates, recalls having been surprised at how well their first few meetings went. “She liked books,” he said. “She knew a great deal about art and photography. She was beautiful and smart and curious about the world.”

She said he was unusually attentive, not at all a skittish bachelor. “He was very upfront with me,” she said. “He didn’t play any games. He let me talk. I didn’t feel like I had to hide my past or my story from him.”

Occasionally, Mr. Frankel said, the subject of 9/11 “felt like a white elephant sitting in the room with us.” He added: “She would have her sad moments, and I had my reservations, like ‘Am I going to deal with this forever? How deep will it run?’”

In early March, he left for Kuwait to cover the invasion of Iraq. He called her every day from the desert. “We would do the crossword puzzle over the phone together,” Ms. Richards said. “I kind of knew when he got home we would make a go of it.”

Everyone has a different way of describing how he knew he was falling in love. Mr. Frankel knew it when he broke all of his rules about dating to be with Ms. Richards.

“She had a 3-year-old, and then I find out she’s a 9/11 widow,” he said. “I was asking myself, ‘Why am I doing this? There’s no chance this is going to happen. Emotionally, I will never accept this.’ But now Asher is for all intents and purposes my son. I never thought you could love somebody who wasn’t biologically yours the way I love him.’”

A spiritual story indeed! I believe is “Beshart” love…