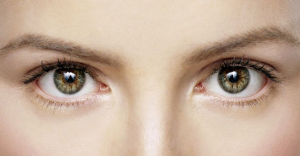 Last week we raised questions about the Hebrew words for “why?” — maduah ( Mem-Dalet-Vav-Ayin) and lamah (Lamed-Mem-Heh). We want to explore what these different ways of asking “why” mean and how the letter Ayin, the letter for the month of Tevet, might help us appreciate the word maduah.

Rabbi Avraham Trugman responds to our questions with an analysis of the words themselves. “Maduah, the first word for why, has as its most essential root the word for knowledge, Da (dalet-ayin). The aspect of knowledge, Da’at, one of the ten sefirot, is to integrate and unify the higher aspects of wisdom and understanding, the two previous sefirot, and to unify them in a practical and logical manner. Maduah represents a question dealing with a more concrete, practical and logical search for immediate answers.” The examples from Shemot that we cited in last week’s d’var Torah (this week’s Torah portion) seem to confirm this definition.

Pharoah’s question to the midwives about why they haven’t carried out the order to kill the newborn Jewish males is not about their intent or motivation. He wants to know “why isn’t the job getting done, what’s holding things up?” The midwives’response is logistical: “Because the Hebrew women are unlike the Egyptian women, for they are experts; before the midwife comes to them, they have given birth.” (Exodus 1:18-19) Pharoah, who fancies himself a god, never considers that the midwives would willfully disobey him. He does not ask them for what purpose or reason they are not doing as commanded. Yet we are told in the preceding verse that there was a purpose – “the midwives feared G-d and they did not do as the king of Egypt spoke to them, and they caused the boys to live.” (Exodus 1:17) The maduah question is asked and answered, while the lamah question is never asked, but is answered. And both answers are true.

Risa Aqua suggests that the word maduah asks “what is known?” from the two words “mah” meaning “what” and “day-ah” meaning “known,” and questions what appears to be true, especially if it is in conflict with what we have seen in the past and therefore understand or expect of reality. Again, this suggestion also fits with the examples given last week. Yitro questions his daughters’ early return from the well. (Exodus 2:18) His experience tells him the task should have taken longer. Why are they back sooner than expected?

Moshe’s expression of wonder at the burning bush not being consumed is also about seeing something happen that is outside his experience. “He saw and behold! the bush was burning in the fire but the bush was not consumed.” Moshe thought, “I will turn aside now and look at this great sight – why (maduah) will the bush not be burned?” (Exodus 3:2-3) This example specifically mentions “looking” and “sight.” How might the letter ayin, which literally means “eye” and is the last letter in the word maduah (mem-dalet-vav-ayin) be connected with Moshe’s question?

We gather the most information through sight and we judge situations, people, and our environment from what we observe. How things appear is so significant that it guides us in Jewish law. We are taught to refrain from behaving in ways that may in fact be right, but look wrong. This concept is called “ma’arit ayin,” how it looks to the eye, and is considered a legitimate spiritual concern.

What our eyes see guides the rest of our body. Like Moshe we “turn aside” when we see something. The mitzvah of tzitzit (fringes on the tallit) is to look at them in order to remember G-d and the commandments as we walk in the world. What do we see in the world? We see tremendous variation. The letter ayin equals 70 and is connected to many ideas of variation and multiplicity.

Our tradition teaches us that there are 70 primary nations in the world and 70 languages. During Sukkot, 70 sacrifices are offered on behalf of these 70 nations. The book of Beresheet ends with the enumeration of the 70 descendents of Jacob who went down to Egypt and formed the nucleus of the Jewish people. Later in the book of Shemot we will read of the 70 elders who accompanied Moshe and learned directly from him. These first 70 elders are the forerunners of the 70 members of the Sanhedrin, the Jewish court, who were required to know the 70 languages of the world. The Torah itself is considered to have “70 faces” with each one revealing a different aspect of G-d, who has 70 names. All of these 70s speak to variation of one thing, be it nations, languages, elders, descendants, etc. — almost a refraction of something that has oneness at its center.

Perhaps maduah is about exploring the variation and multiplicity in our world — nations, languages, opinions, and individuals, and seeing that G-d has created a world with many dimensions. It would be easy to conclude that all of these dimensions equaled fragmentation, that there was no underlying unity. Just as seeing with our “ayin,” our eye is not limited to taking in optical impulses, but rather involves the brain which organizes and interprets what the physical eye sees, so too, we need a way to understand what we observe.

The ayin in maduah may be hinting to us to look at what stands in the center of our questioning. Just as the other 70’s each have a central unifying focus — the 70 nations circle Israel, the 70 languages emerge from Hebrew, the 70 elders surround Moshe, the 70 members of the Sanhedrin answer to the Rosh, the head of the court, and the 70 names of G-d are ultimately an expression of G-d’s Oneness, our ideal question of maduah needs a focus. What is in the center of our eye, the center of our questioning? Do we see that all the variation that we observe in this world is really an expression of G-d’s Oneness and that there is a unifying force throughout creation?

Our investigation into why things work the way they do, our “research” can have a spiritual focus even at the maduah level. As we discussed previously, the word for science in modern Hebrew is “madah” (mem-dalet-ayin). Science is about research and observation and can easily be disassociated from a spiritual focus. However, if we keep in mind that Hebrew words, while describing reality as we understand and experience it, simultaneuously describe ideal reality, then we can see that maduah is telling us “ask your questions, explore the universe, question contradictions, understand the logic! It is awesome in its detail and nuance, and in the end know that I, G-d, stand at the center and direct it all! So keep asking and then ask lamah? for what purpose does all this exist?” The maduah question, while often separated from its spiritual center because of its rational orientation, has the potential of having a strong ayin, a strong sense of G-d’s presence, and deepening our appreciation of G-d and the varied world that has been created. This appreciation will lead us to ask the even more profound question of lamah.

As we see, maduah holds the possibility of being a spiritual question while lamah is always a spiritual question. Each enhances the other. As Rabbi Trugman suggests, “the word lamah symbolizes a much deeper existential question. When Moshe asks from G-d ‘why (lamah) have you done evil to this people, why (lamah) have you sent me,’ he is, according to a teaching of Rav Ginsburgh, not questioning why there has to be exile and pain before redemption, by why does it have to be that way given that G-d, as Master of the Universe who can do anything, could have arranged it differently. Why this way? Moshe’s question, like all lamah questions, is an inquiry open to answers with more depth and possibilities than answers to questions of maduah.”

Human beings have been given two eyes which focus into one visual image. Risa Aqua suggests that we also need spiritual “stereo vision” to resolve what our “eye” sees with what G-d’s eye might see. By asking both maduah and lamah we can come closer to understanding the details and contradictions we observe and the purpose behind all that we see and experience in this world.