Because Who Is Perfect 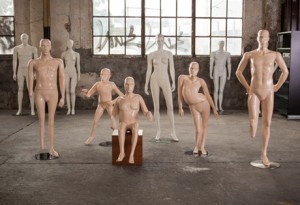 There are stories that stick with you and this one about Moses Mendelssohn has been in the file system of my brain for some 30 years. It took just three words to find it on google: Moses Mendelssohn love. I relayed the story last week in class and enjoyed finding it with a bit more detail than I remembered—most importantly the name of his wife. As I scrolled down I saw that the story about Mendelssohn’s love was excerpted from a book by Herbert Kupferberg on three generations of the Mendelssohn family. Growing up in Queens, New York, Mr. Kupferberg lived in the apartment under my family’s apartment. I often could hear him playing the piano and he could often hear me and my five siblings running around on the floor above.

So I googled Herbert Kupferberg. He wrote a number of biographies on musicians and was a senior editor at Parade magazine. He died in 1981. We cross paths with so many people in our lives—those living in an apartment below us and those who have died centuries or millennia ago—and whose stories inspire us. Thank you Mr. Kupferberg for being so tolerant of the Sanders’ children antics.

Here is the story:

Moses Mendelssohn (1729-1786) was the most prominent Jewish thinker of his day who was recognized, in the phrase “from Moses unto Moses there was none like Moses,” as the legitimate successor to the medieval Moses Maimonides. At the same time, Mendelssohn was one of the best-known figures of the German Enlightenment, earning the title “the Socrates of Berlin.” Mendelssohn also had a pronounced hunchback.

In 1762, the 33-year old philosopher visited Hamburg. There he met a 24-year old blonde, blue-eyed girl named Fromet Gugenheim, the daughter of a merchant. According to the story handed down in the family, he was much taken with her; and she, of course, knew of his reputation— her father, who was eager for the match, had seen to that. However, when she laid eyes for the first time on his stunted, misshapen figure, she burst into tears. Afterward, Mendelssohn sat down with her alone. “Is it my hump?” he asked. She nodded. “Let me tell you a story, then,” Mendelssohn said. “When a Jewish child is born, proclamation is made in heaven of the name of the person that he or she is to marry. When I was born, my future wife was also named, but at the same time it was said that she would be hunchbacked. ‘O God,’ I said, ‘a deformed girl will become embittered and unhappy. Dear Lord, let me have the hump, and make her fair and beautiful.’” Fromet was touched by the story, and in June 1762, they were married. They had six children and a happy home Their son Abraham was the father of Felix Mendelssohn, the composer of the Midsummer Night’s Dream.

These past few weeks, in our advanced study classes, we have been talking about the body and the soul—and challenging ourselves in deepening our awareness of what our body is—a very holy vessel for the housing of our soul. Our bodies are on lease to us—we don’t own them, but as long term (or better yet long-terminal) renters it is in our best interest to take good care of them. But what happens when our bodies fail us or become frail; we discover that the rental is not what we or others think is acceptable let alone special or beautiful (or worse—different in a way that we feel ashamed).

A Swiss advocacy group called Pro Infirmis is highlighting their work on behalf of body different people (referred to by others as disabled) with a project called: “Because Who is Perfect.” Please watch it—while some other videos can be quite challenging to watch, the filmmakers here have a remarkable sensitivity to both the people who have different bodies and the viewer who may need help in overcoming their own sensitivities about bodies that are different. http://www.youtube.com/watch?v=E8umFV69fNg

There is a Jewish tradition to say a blessing upon seeing a differently-formed person: “Praised are You, God, Ruler of the Universe, Creator of a variety of creations!”

My take now on this blessing is to adopt Moses Mendelssohn’s sweet teaching to his wife to be: You have taken on this body to house your soul—thank you for sparing me the trial that this would have caused for me. I bless you. I am with you. I will not avert my eyes. I see you—beyond the architecture of your body. Amen.

Inspired concept. And it seemed liberating for the participants to get a different perspective on themselves. Liked it very much.

PrevPreviousThe Rhyme of the Ancient Mime
NextSand in Your PocketNext