Why ask Why and other Burning Questions 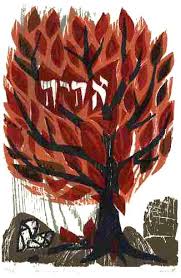 One of the most profound questions ever posed is “Why ask why? “ Sakichi Toyoda was not only intrigued by the question, the founder of Toyota, devised a system for his engineers to reveal the root causes of problems. Toyoda’s 5 Whys is an iterative question-asking technique used to explore the cause-and-effect relationships underlying a particular problem.

In Hebrew there are two different words for why. These words have their origin in the Torah narrative, no more prominent than in the initial portion of Exodus which details the story of the enslavement of the Hebrews in Egypt and the dramatic call to Moses to return to Egypt and proclaim to Pharaoh , “Let my people go.” Remarkably the Hebrew words for why appear nine times in this beginning section of Exodus.

The two words for why are: La-mah and Ma-du-ah. When I presented these words to a class earlier this week one of the participants astutely asked: “What are the roots of those words?” Knowing the roots begins to answer the question: Why have two words that both mean why?

Two examples of the nine times these words appears will suffice to help us differentiate the use of these different Hebrew words. The word Ma-du-ah is placed on Moses’ lips as an inquiry into why the bush that was burning was not being consumed. “Why (ma-du-ah) is the bush not consumed by the fire?” (Exodus 3:3). We can therefore derive both from its root meaning “to know” and its usage by the burning bush that Ma-du-ah is a why having to do with what we call, scientific inquiry. The scientific method starts with why. Science is based on logical inquiry.

There is an other, and very different inquiry, a why, that is represented by the word La-mah and as placed on Moses’ lips is an existential question when he asks God: “Why (la-mah) have you made it worse for the people, why (la-mah) did you send me?” (Exodus 5:22). Moses asks this question after seeing that his mission to free his brethren from slavery initially backfires—instead of being extinguished, Pharaoh intensified the inferno.

Why am I am writing about why? Because I am suffering the question of La-mah? There is a fire that is burning and it is one that shows only signs of intensifying. I am reminded of the powerful statement by Albert Einstein: “If I had an hour to solve a problem and my life depended on the solution, I would spend the first 55 minutes determining the proper question to ask, for once I know the proper question, I could solve the problem in less than five minutes.”

Our lives depend on understanding “why”. The hour clock is ticking. Perhaps now it is the improper questions we need to be asking.

P.S. While I was researching for this blog I came across a reference to www.alefbet.org and found a piece on Ma-du-ah (and La-mah). I began to notice names of people quoted that I knew, including Risa Aqua and Rabbi Avaraham Trugman. It dawned on me (before the sun has risen this morning) that I wrote this many years ago! I had no memory that we had put up alefbet.org on the web and no idea it “still” existed. For that longer article written last century click here.